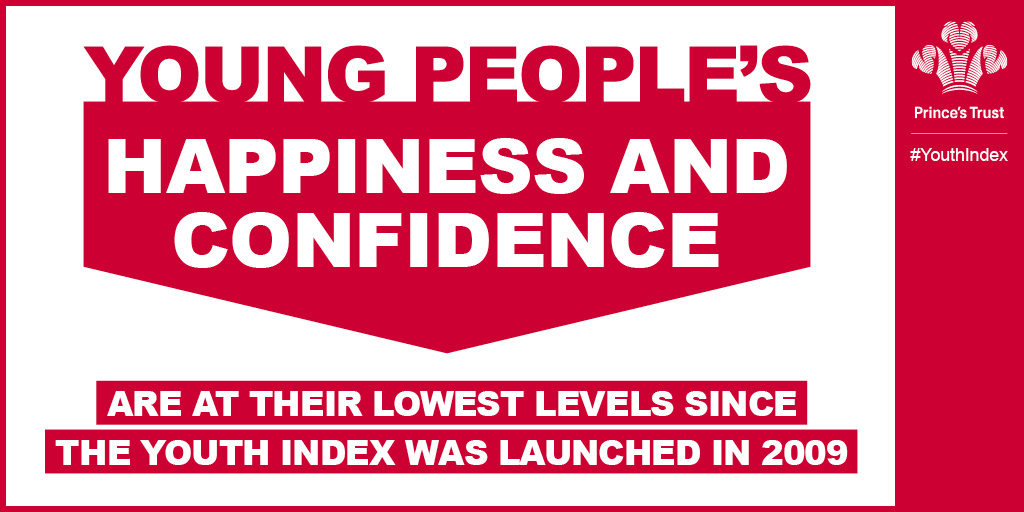 Today we publish The Prince's Trust Macquarie Youth Index for 2017. Based on a YouGov survey, the report takes an in-depth look into the views and outlooks of young people aged 16 to 25.

Our 2017 Macquarie Youth Index reveals that young people's happiness and wellbeing are at their lowest levels since the study was first commissioned in 2009.

This report reveals that more than a quarter of young people do not feel in control of their lives, and that a crisis of confidence in their own abilities and future prospects is preventing them from realising their true potential.

Equally shocking is that many young people feel trapped by their situation, with almost a fifth saying they do not have the ability to change their circumstances if they want to. Things are even worse for young people who are not in employment, education or training (NEET), who are more likely to be unhappy and lacking in self-belief than those who are.

“The potential consequences of failing to help these young people who are so clearly in need of support have huge implications for our nation’s future. We simply cannot allow them to be paralysed by their circumstances and self-doubt. In the year ahead, we aim to help 60,000 vulnerable young people to believe in themselves again and take steps towards a brighter future, but we will need support from every quarter in order to reach our target. By working with us, you can be a part of the solution to the issues raised in this report and help young people to regain control of their lives.”